The Vancouver International Wine Festival is always a great annual event in Vancouver, BC. And this year was especially good with Australia being the theme country. I’ll admit, I don’t often buy Aussie wine out of having other worldwide favourites, so I wanted to use this as an opportunity to discover something NEW about the wines of Australia. And, I was successful. I not only tried Shiraz that would turn your head, but I tasted old world varieties that were really fantastic! 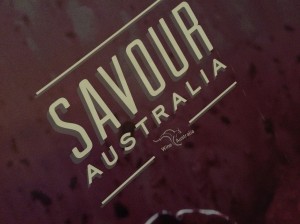 One of the seminars I attended was on Wynn’s Coonawarra Estate wine portfolio. Wow. Not only do their vines date back to the late 1800’s but they have some of the best wines and oldest soils in the world. Coonawarra of course is known for their ‘Terra Rossa’ soils (red clay over limestone), unique to Australia. Coonawarra should give a soft and subtle tannin structure to the wines, although each vineyards soil does play with this a bit giving each wine a very unique character.

They are similar in climate to Bordeaux although they don’t see as much rain or humidity as this area in France. Located in the SE section of South Australia, the soils here are reflected in the wines made. Although Cabernet Sauvignon will show the characteristics of this soil – like Eucalyptus and mint and a real earthiness, Shiraz were some of the very first vines planted here. But Shiraz thrives more on the sandy soil in Coonawarra.

During the seminar, the winemaker Sue Hodder, walked us through some of their wines:

1.2012 Shiraz – So nicely balanced, this wine offered a finessed style of black berry fruits with a hint of spice and savoury character. Not what you would expect from an Aussie Shiraz.

2.2010 Michael Shiraz – soft berries and inky-ness with a lovely fruity-ness. These grapes are selected from the vineyards that ripen first.

3.2012 V&A Lane Shiraz – this is a sub region of Wynn’s with 1/3 of the soil being terra rossa. Silky and sexy texture with chalky tannins. Definitely a stand-out style.

4.2012 V&A Lane Cabernet Shiraz – Notes of pepper subtly dance on the palate with the chalky tannins and rich fruits.

5. 2010 Black Label Cabernet Sauvignon – Their most famous wine, it was smooth with green pepper, black fruits and a savoury note, high acid and dirty tannins, really a spectacular wine for only $27 in market. It’s their 60th vintage.

6.2010 Messenger Cabernet Sauvignon – Produced from a specific vineyard it was much smoother and minerals than the other wines. Small production.

7. 2010 Alex 88 Single Vineyard Cabernet Sauvignon – Because of the polyhedral meds in the soil this one had a meaty structure, pencil shaving notes, high tannins and rich black fruits with a smoky undertone. The oak in this one and the Messenger are meant to play a supporting role in order to let the soil and vineyard be more present.

8.2010 John Riddoch Cabernet Sauvignon – One of their top wines, it was muscular, spicy with chalky tannins and yet soft fruits with a subtle hint of vanilla.

What a fantastic way to re-discover Shiraz and appreciate winemaking from one of the top Wineries in Australia. I challenge you to get out there and give Shiraz from Australia another look. Yes there are some fruit bombs in the market, but there are also some very finely made wines that are not a ‘fruit bomb’.  Start with Coonawarra, then try McLaren Vale, Clare Valley, Adelaide Hills and Barossa Valley.