Women in Wine and Women in Film

Premiering at The 2016 Vancouver International Women in Film Festival

Bravo to Australian filmmaker Megan Riakos for writing and directing her first feature-length film. I would say this sits cosily in the suspense drama category, but offers enough mystery that it provides the element of surprise along with a good story to keep you engaged.

Set in the Mudgee region of New South Wales in Australia, this story takes place at the Burrundulla Winery, which has been run by the Rose family for 127 years. Daughter Ellia returns home after the death of her father, having left abruptly 2 years earlier after the sudden death of her brother. The return home opens up family wounds which Ellia, her sister Harriet, brother Zac and Mother Sophie have not dealt with. Because Ellia has been estranged, she did not know of the changes at home or the family secrets. Her sister Harriet has taken over much of the vineyard operations and sales from her Father; her Mother Sophie wants to sell the winery and is having an affair; her father had turned into an alcoholic; and her younger brother Zac has chosen not to see what is happening due to his repressed feelings.

With the family being so private about life on the vineyard and Ellia’s mother wanting to move on so fast, Ellia becomes suspicious about everyone. And when the police take in her mother, being suspected of murdering her father, Ellia begins to investigate on her own. 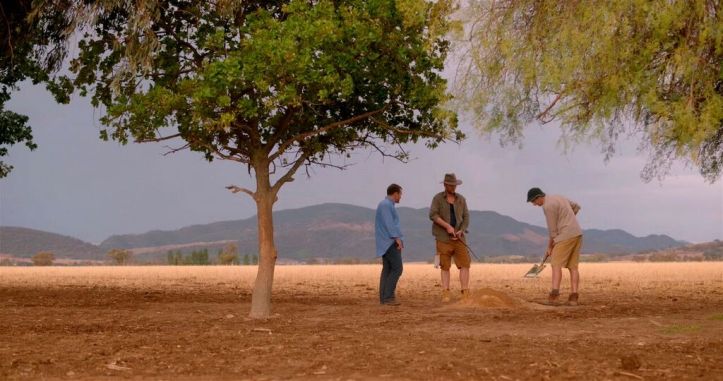 Crushed shows a family struggle, and the coming to terms with the loss of family members while taking over the operations of their family business. It’s a glimpse into vineyard life, showing us everything that happens from machine and hand harvesting; destemming; the crush; to filling the barrels; and all the politics that go along with it. For her first feature, Megan Riakos has written and directed a truly interesting story with a good dose of suspense with the help of her cinematographer Michael Steel.

From experience, I can tell you that every bottle of wine tells a story. And this movie has done a fantastic job at giving us the dramatic story behind the Burrundulla family winery.

To see more from this talented female director, check out her website.

Crushed plays at the 11th Annual Vancouver International Women in Film Festival (#VIWIFF2016) on Friday March 11th at 6:30 pm. The filmmaker will be in attendance. The screening is followed by a ‘Whodunit’ reception which is included in the price of the ticket. For more information and tickets, click here:

Celebrate Women in Film as well as Women in Wine. Discover some of BC’s best female winemakers and their wines: